Yes, it's now a condition.
What do I think of this? Well, to be honest, I saw it coming. A sane, lonely person can only see so many pictures of happy, smiling people who have friends before finally reaching a breaking point. This is why I've created the Facebot. As I've stated in the past and will state again, I love Facebook, it's amazingly useful, but for the lonely, it's just plain cruel.


So what's new in the world of IAM? Well not much, honestly, I've been very busy on various projects recently, but I did get to work on the design of the regret dog, here's some concept art: 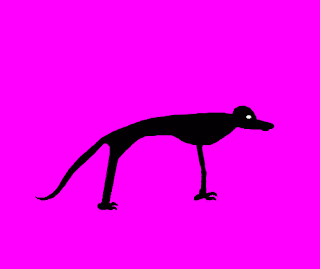 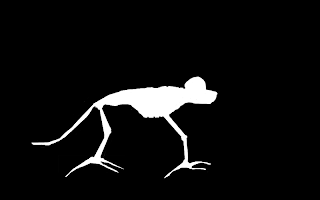 Keep in mind that it's only concept art, NOT the final thing! Art really isn't my strong point, but I'm trying anyway. I also need to give the infamous Facebot some love, and I need to work on the protagonist. Also, he's still nameless. I don't have a good name that rhymes with 'subconscious will'.


http://www.chicagotribune.com/news/local/chi-ap-us-med-facebookdepre,0,4912134.story
Posted by Jourdan Cameron (Manager) at 10:13 AM No comments:

I must admit, it's been a while since I last posted. This is mostly because I've been working hard on a number of things. I'm learning to use Blender, a program for making really awesome stuff in 3D, and I'm currently gathering tools for In A Memory. Just a word of warning: don't expect too much gameplay in the early Beats of Rage mod once it's released, its purpose is primarily a testing ground for graphics and music.
I managed to create a (pretty neat!) new logo too, along with a banner.

Feel free to use the banner in a forum signature, Facebook banner, etc. Just be sure to link back to here!

Anyway, I have a new villain that's definite: the dog of regret. I'm pretty sure I mentioned it before, it's a starving dog that represents regrets and failures, and follows you around with teeth bared, eventually biting. I need to get working on some sprites.
Also, I'm looking for a good, simple program to make the final RPG version of the game with.
I considered Hephaestus, but there's some strange resolution issue, which is a real pity and prevents me from putting the game on even more platforms.

Here's the first song I made for IAM, called Dangerous Old World:

http://www.muziboo.com/Jourdy288/music/dangerous-old-world/
Posted by Jourdan Cameron (Manager) at 11:50 AM No comments:

Well, I've created a title screen for IAM, and I rather like it. I used the font Evanescent. Personally I'd love seeing this one whenever I start the game. 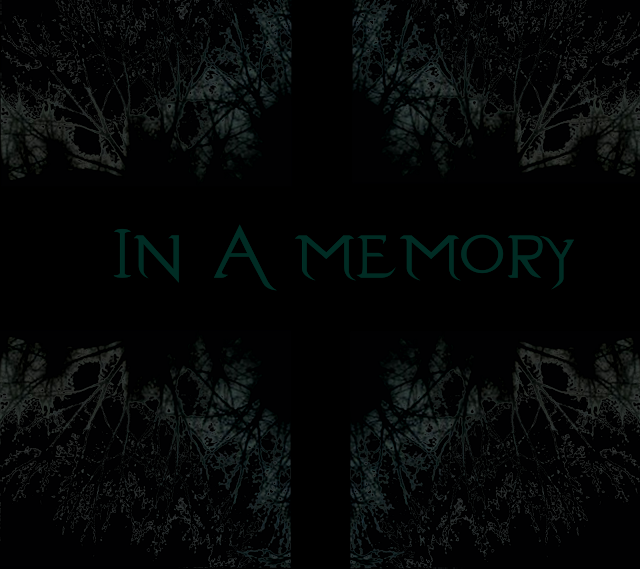 I also drew a protagonist by hand (traditional drawing is not nearly my greatest skill!). This is pretty much the appearance I'm going for; (s/h?)e doesn't look like anybody in particular. I want my character to be distinct, that's definite, but I don't want it to look like anybody too specific, again.
The character is a hard working subconscious. I'm going to try making more like these, maybe make a male and female subconscious with somewhat different attributes? One is stronger, one is faster, etc.? One belongs to a construction worker while one belongs to an artist? I'm really not sure of if I can create unique enemies for each character in the game, or even unique levels for each in that case. What I probably can do, however, is create enemies that are more vulnerable to the attacks of one player, which are pretty much representative of problems that'll strike one person harder than they'll strike another. 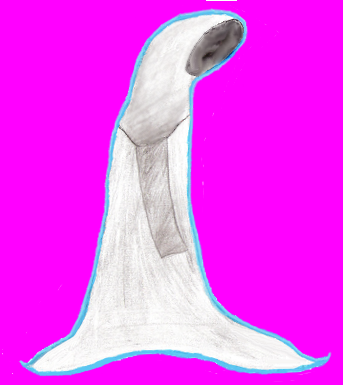 Well, I've decided to give Blender a shot for making the Facebot. I like the results so far!

Now I need to work on animating it properly. I think I'll make the legs stick out of some sort of box, and then I'll make some sort of joints.
Posted by Jourdan Cameron (Manager) at 2:56 PM No comments:

I've begun work on an enemy I'm calling the Facebot, which is to represent the similarly named social network*. 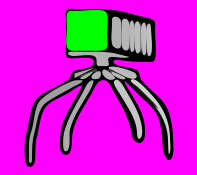 It's still a WIP.
I'm going to try vectorizing the image, on the right is a (rather sad) early attempt. I seek a program like Vector Magic, but free. All I want to do is plug an image into one end and receive a smoothed out Facebot on the other. In all honesty, I'm too lazy to learn Incscape. I'd appreciate help with regard to fixing this up. Or I could just take screenshots from Vector Magic, mass convert them to PNG and use those. Whatever works, I'll know in short order.

*I love Facebook, don't get me wrong, but for a lonely person, that place is pretty awful.
Posted by Jourdan Cameron (Manager) at 12:25 PM No comments:

Hello there, and welcome to the official IAM development blog! My name is Jourdan Cameron, and today I'll be showing off some of my artwork in addition to explaining just what IAM is.

IAM, or In A Memory, is a game idea I've had for some time now. It's going to be a game about loneliness, and combating it.


gameplay
Initially, this game will be a rather simple 2D fighter, made with OpenBoR. Later, however, I intend to use the graphics from most of the game in an RPG.


graphics
The graphics are inspired by such games as A Fading Memory and Limbo, though I'm intent on having somewhat more colorful graphics. I'm currently using GIMP to create graphics, and I'm learning Blender, and I may use that to program to make objects in the game.
Here's my WIP title screen/first level. It's not nearly completed, I warn you. 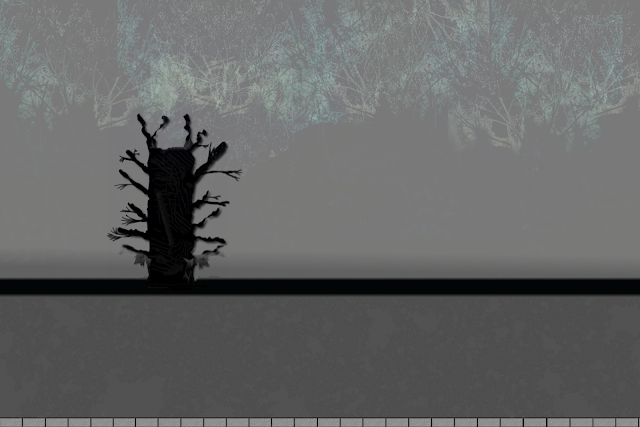 I intend to create antagonists by personifying negative feelings, like doubt, shyness, fear, etc., and also by using social media giants as enemies. The reason for the creation of the latter is because to a lonely person, social networking sites can be pretty painful to use; imagine having 1,000 friends that you're pretty sure don't really like you! The irony is beyond words.
Right now I'm creating one of those enemies; I'm calling it the Facebot. It's being created, I intend to unveil it at a later date.
I still need to come up with an idea for a protagonist; said protagonist must be rather nebulous, anonymous, defying description. The reason for this is because this protagonist represents a person's subconscious will; thus, it can't look much like anybody in particular. It needs to be a silent, yet powerful force, just like electricity. We don't really know its true form, yet we depend on it every day.


goals
By the end of at least February 2011, I want to have the Facebot, protagonist, and title screen finished. I also want to get a start on things like music, licensing (I want to use a modified Creative Commons license), and the interface.
Posted by Jourdan Cameron (Manager) at 10:40 AM No comments: